What is the connection between summer blockbuster movies and HVAC?

During summer in 1920s America, cinemas were unpleasantly hot and not nice places to be. All that changed in 1925 when Willis Carrier, the inventor of air conditioning, installed his system at the Rivoli Theatre in Times Square, New York. It was hugely popular and other cinemas followed suit. Suddenly the cinema provided a respite from the heat and people flocked in their thousands, creating the phenomenon known as the Summer Blockbuster Movie.

Up until the 1920s, buildings were generally designed with a range of features to help keep the occupants cool, such as high ceilings, awnings and opening windows. But in cinemas, because of the need to maintain low light and minimise external noise, such design features were not practical. 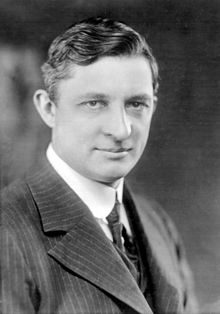 Willis Carrier was born on November 26, 1876, in Angola, New York, and is widely credited as being the inventor of air conditioning.

The idea came about in response to an air quality problem, whereby high humidity was damaging paper at the Sackett-Wilhelms Lithographing and Publishing Company. It is thought that the solution occurred to Carrier whilst standing on a foggy train platform in Pittsburgh when, staring through the mist, he realised that he could dry air by passing it through water to create a fog. On 17th July 1902, he submitted drawings for what became the world’s first air conditioning system.

In 1906 Carrier discovered that “constant dew-point depression provided virtually constant relative humidity,” which later became known as the “law of constant dew-point depression.” This allowed him to design an automated control system, for which he filed a patent claim on 17th May 1907 (U.S. Patent 1,085,971) which was issued on 3rd February 1914.

In May 1922, he launched his single most influential innovation, the centrifugal refrigeration machine (or “chiller”). Supported by nearly 20 patents, centrifugal chillers provided affordable, safe and efficient cooling. The first sale was made to W.F. Schrafft and Sons Candy in Boston. Other elements of modern air conditioning evolved to keep pace. Carrier partnered with three large fan manufacturers in May 1923 to found the Aerofin Corporation. Aerofin offered a lightweight, brass and copper alternative to bulky cast-iron heat exchangers.

Following on from these successes, Carrier set about conquering the movie theatre industry.

This article was researched with help from Carrier.com, the website of the company founded by Willis Carrier.

Talk to SSE Energy Solutions - Smart Buildings, about how we can help with your BMS. Call us on 0345 072 9529, or email us at info@sseenergyoptimisation.co.uk

Digital Twin Technology to be unveiled at Decarbonisation Summit 2022

Started Thinking About Christmas yet?